Iris Hirsch has been the female lead singer of the Retro-Rockets for the past 8 years. She has been recognized by CBS Local as one of Baltimore's Top Local Female Musicians.  She performed in the Washington D.C./Baltimore area for over 40 years as a solo artist and as half of the duos Partners in Song and The Baby Boomers performing songs from the 50’s, 60’s and 70’s as well as in duos with Joe Spatarella and Dan Shepherd performing original and cover folk rock. She has opened for well-known singer/songwriters David Wilcox, and Dave Nachmannoff.Greg Yost a writer for Music Monthly once said, "It is clear that Hirsch is vocally gifted and she knows how to use it." A fan once told Iris, he would come to "hear her sing the phonebook."

Glenn Bullion has been the lead guitarist and male lead singer of the Retro-Rockets for the past 5 years. Playing music in the Baltimore/East Coast area for over 50 years, he has been performing since he was 10 years old, first playing with his father in church and then with his first band, the Vipers, when he was 13. He has since played in many other bands including The British Flags, Splendor Revue, Crackerjacks, Four’s Company, The Sentries ( one of Baltimore’s top drawing dance bands that backed such big name recording acts as Otis Redding, the Platters, Chubby Checker, and Ethel Ennis), and for the last 18 years, Glenn and the Gemtones. An accomplished guitarist, Glenn has played behind such well known performers as Gary Puckett, The Drifters, and Archie Bell. With his rich tenor/baritone voice, Glenn specializes in oldies music, but also loves country, classic rock, and Motown. 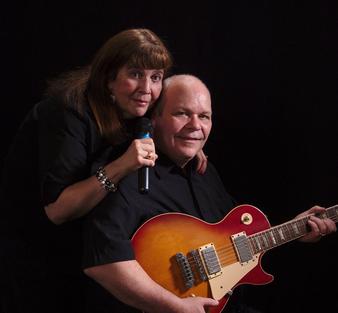 "You made people feel involved with the music. "